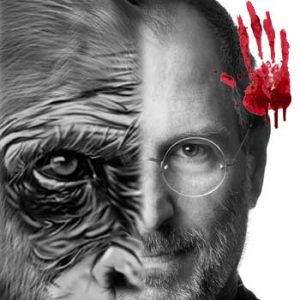 Steve Jobs has often been described, and rightly so in my humble opinion, as one of the best entrepreneurs ever.

I have listed the first of ten things that Steve Jobs is reported to have done so you can decide for yourself whether these are actions of a human, chimp or psychopath

Jobs stormed into a meeting and started shouting that they were “fucking dickless assholes.”

The company ended up getting the chips to Apple on time, and its executives made jackets that boasted on the back, “Team FDA.”