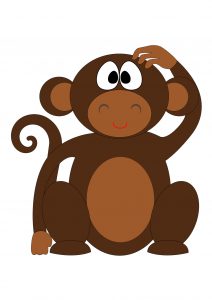 It is very important to work with your chimp if you try to wrestle your chimp you are likely to lose.

As detailed earlier in this book, the consensus that a chimp is five times stronger than a human, and you wouldn’t wrestle a chimp in real life so, as the limbic part of the brain gets the blood flow first, it’s fair to assume that the human part of the brain will lose in a straight fight with your chimp part of the brain.

It’s easier for me to understand if I think of my chimp as my will power, and we all know it is nigh on impossible to fight will power.