As we already hinted at in part one with QR codes, we believe there will be a natural progression for the internet to close the gap between off and online marketing. Whilst it’s probably something that not a lot of smaller businesses have come across much as of yet, but something we think you’ll see a boom in the use of Augmented reality in marketing.

Augmented reality will close the gap between off and online marketing

Augmented reality (AR) is a live direct or indirect view of a physical, real-world environment whose elements are augmented by computer-generated sensory input such as sound, video, graphics or GPS data.  AR allows smartphone users to point their phones’ cameras at certain objects — be it a print advertisement or even a coffee cup — that trigger a 3D video. 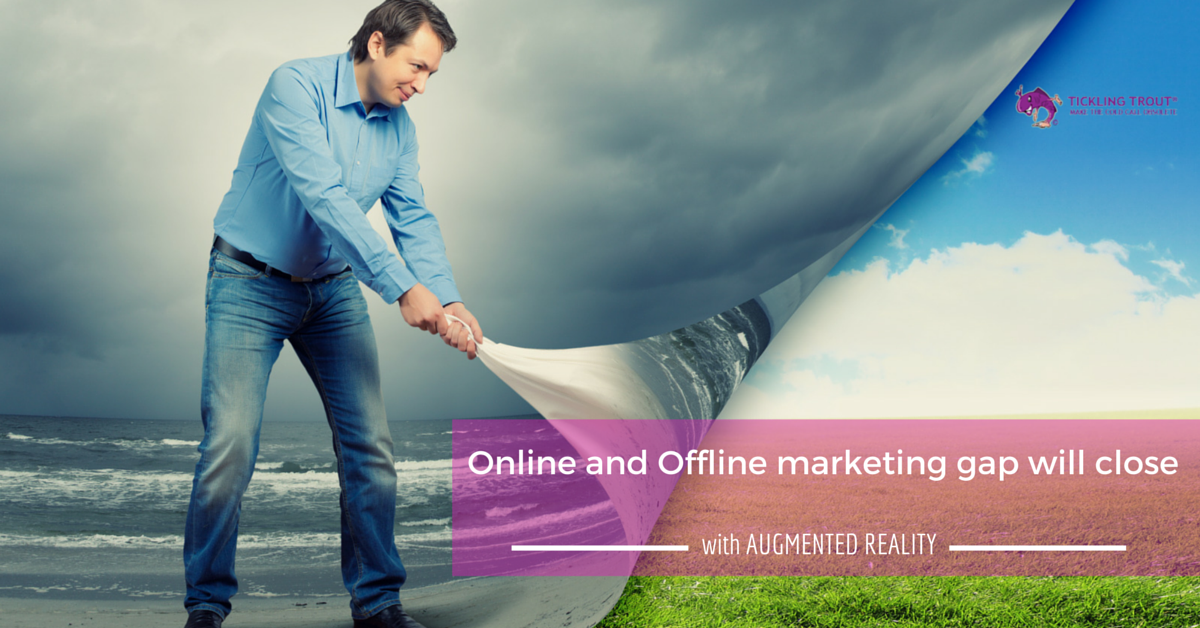 Bigger business are already starting to experiment with the use of augmented reality in their marketing.  Here’s a very cute bit of travel advertising from Japan’s Sunshine Aquarium. The tourist attraction is a bit of a hike from the nearest station, and aquarium officials wanted to make sure people could find it. The solution? An augmented reality app where penguins guide tourists along the right path.  Attendance jumped by 152% the month after the app was published, without the aquarium changing anything about their exhibits.

It’s not just cute penguins either large brands like Starbucks have also used Augmented Reality Technology as part of their marketing campaigns.  Even as early as 2011 they let users animate their red coffee cups with their smartphones:

Augmented Reality is not just a gimmick

Home furnishing giant Ikea, has been launching augmented reality catalogues.   Customers can flick through the 2014 catalogue, scan a product they like with their phones, then point the phone at where they’d like the furniture to sit.

A scaled image of the product is then virtually projected into the space – as seen through your camera viewfinder – so they can see if it’s suitable.  The customer response has lead them to expand the range of  scannable products.

Dulux too have made a dedicated app to enable you to visualise their paint colours on your walls before you decorate:

The reason it’s becoming so popular in marketing as it drives a much deeper brand engagement than traditional advertising.  Instead of just clicking on a link, liking a Facebook page or watching a commercial, customers interact with the actual product itself.  Therefore, we predict as this kind of technology comes down in price making even smaller businesses will make use of this clever marketing tool.